Open Linux Forums
Like Ubuntu forums, except with beer.
Virtualbox

I just noticed that Debian put virtualbox back into the repos in testing. So got it reinstalled again. Decided to venture over to Stable and see what happened with that one. Still removed from the repos. Used to be there but Debian had removed it from both testing and stable but just reinstalled it in testing. Too bad they didn't do testing yet. Know that some people are going to be disappointed in that due to them using liking to use Debian stable and also use virtual box there from the repos.

well, it has always been possible to use the Oracle repositories for VirtualBox.

But easier to grab out of the repos with OS and have maintained that way. 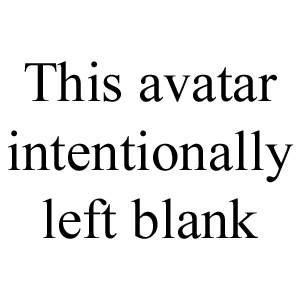 Debian is not always on top of 3rd party packages, especially ones built around a commercial business model. I just ran into an issue with npm, which has stagnated in the debian repos and is now straight-up broken.

Ouch. From Stagnated to Out the Window on it.

VB will not get into the Stable repos from testing.

Testing packages are however the source for Debian backports so it should show up in the stable backports repo eventually.

Seems a bit strange to me. A lot of people use Debian for web servers.

npm is the Node package manager. It's still very much alive and well, but the debian package has not been updated in a long while.

Yup, that's the conclusion that the discussion I linked appears to have reached. It's already been removed from testing. In any case, Joyent is maintaining their own apt repository nowadays.

Debian testing gets packages removed much more often than people realize. Sometimes this is temporary. But all packages in testing have to come from Sid. There is no other path for them than that. If it isn't in Sid it is a pretty reliable indication that it has been dropped.

For Wheezy, as an example, the xfce-panel was having a problem on what ever xfce version that was and they downgraded xfce 3 days before the freeze. Kind of freaked me out but I checked in experimental and the entire package was there. I upgraded using the experimental version. As soon as Wheezy went to Stable then that version was back in Sid the same day.

Not sure why they pulled that at all was a pretty simple fix. Just misconfigured a separator at the left end of the panel. You can 'expand' a separator and this is done on the left end of the panel or everything on the right slides down to the left. As you open windows on a work station the windows list is at the left end and pushes all that stuff back to the right which is pretty disconcerting as you go from WS to WS with different numbers of windows open.

The expanded separator simply adjusts itself shorter and shorter as stuff fills in from the left (it shrinks to the right). Really hard to fix. Put the separator in, invisible mode, expanded mode and it is fixed.

Both my testing and sid installs have the experimental repo enabled. Any apt-cache query on packages gives the info for that package in all enabled repos so it is pretty easy to see what is going on.

npn is not in the experimental repo either or it would have shown up.

I like that repo enabled. Nothing will be auto upgraded to a package in that repo. You have to

to get anything. This includes any version upgrades that take place in experimental. So I keep it enabled mainly to have an easy way to tell when they get new 'stable' packages from upstream but are not putting them in the working repos due to things like the same package in testing already being at the planned major version number for the new release. This happened with LibreOffice just after one freeze (Squeeze I think) and so version 5.xx had to sit somewhere until release day. I got to run version 5 for several months that way before the release date in both testing and sid which are my preferred Debian versions (Sid is definitely my favorite).

Stable I do keep installed. It is more locked down than my Sid and testing installs. And it is boring as hell and really never breaks. So I don't spend much time on it. Debian testing is about as bad. Sid really isn't much more exciting but will throw you a curve once in a while. The other purpose of Stable is to be there if I really screw up and break both my Lizards (happened once in Wheezy testing for a week - you have to be really stupid to break Sid and then not look out for the same package hitting testing - I qualify).

Still remember always screwing up Stable until you guys convinced me to get Testing and leave Stable alone to use when I totally did a royal screw-up on testing. 😈

To enter emoji, type a colon and let the editor autocomplete the emoji short name for you. A full list of available emoji can be found here.

For a more detailed info visit the official Markdown website