Keybindings for moving from Desktop to Desktop just don't seem to work well. The ones for moving a Window using the arrow keys work. I can move from Desktop to another fairly well after editing to add in all my Desktops - I have 8 instead of the default 4.

But I really miss being able to use Ctrl + Fx to move a window to Desktop x. How would I do that in OB and where should it be put?

I can edit some xml stuff fine but really have no talent for new stuff.

With the problems with my internal drives I am using OB on an external for most of my day. This one thing is really bugging me. Gets right on my thungas.

Do a lot of chroot stuff for package update/upgrades and so forth. Open my scripts in WS2 (Desktop2) and run my # terminal on WS8. Under Xfce I just hit Ctrl + Alt + kp8 (keypad 8) and the focused window moves to WS8. Do quite a bit of other things with it now that I am used to it and really miss it.

When I get the internals working correctly again I will be working there most of the time. There I have one Sid install (VictimOS) which gets more use than my "other" Lizard. I generally run on Lounge Lizard (Sid). But I have a different set of chroot scripts that I use for the Loaner drive that I have placed in VictimOS so I go there about every day and work there.

VictimOS needed that stuff added so I would spend more time there. I really want to get OB working easily for me. Every improvement I make in VictimOS gets sent to the OB install on the Loaner and to this install on my other external (64OB) and the same happens with anything I "improve" here moving to VictimOS and to the Loaner.

I really like setting up stuff to work with key bindings when I can. Can only justify them for things I do a lot but the ones I use I really like.

While I can't see moving to OB, personally, any time soon as my go to DE I definitely want to make it as good as I can so that if Xfce goes nuts like Gnome did I have a system to go to.

I have dropped KDE and Gnome from the Loaner and only have Xfce, OB and Mate on there now. Have spent more time on OB there than I have on the other 2. I think that OB is definitely better to use than Mate (at least for me) and really want to have people see it in a good, easy to use setup.

That is the only install on there that has 4 user accounts set up. I think that OB is about the easiest thing to set up for a family shared box that may occasionally have a guest want to check their web mail on it.

The guest account has no permissions to see any files except for the user account 'guest' and the menu doesn't have any way to get the file browser up. Menu has one entry and that is the Exit entry. The thing comes up with no panel. Black screen and the web browser is in the autostart file for the guest account.

I figure that is going to take care of anyone snooping around on someones box without having to have someone breathing down their neck constantly.

The family model I used was for 2 parents and a child. One parent is the admin and the other is assumed to have root access but to not use it (trusting partners). Child account is readable by both parent accounts. Child can't get into their accounts at all. The menu set up in OB is great. Can be edited pretty easily with obmenu. Isn't in the menu for the child. So the kid needs to learn to edit the menu or use the cli to open any applications not on the menu. A learning process. My assumption is that the kid is early elementary school and can learn if they want. Parents can have control as long as they want.

Most people are menu oriented. I am not. I like the powerful features of the Xfce panel. I don't mind the absolute crap that passes as a menu in Xfce because I don't use the thing.

But if you want a multi user setup with a menu then you need total control of that menu, easily, and the way to go is OB. A lot of people, I think, would really like the setup I have on the Loaner for OB. I want it to be better still.

And I have to say that I certainly don't feel it a hardship to need to run OB most of the day. I spend about 30 minutes on one of the Lizards daily. If it were not for Xfce I would be using this all the time.

Discovered volumeicon-alsa (debian package name) and use it in my Xfce and OB system tray for volume control. I do anything here I do in Xfce and nearly as easily for my personal work flow. Really, really like it.

Just need to tweak a few things like the key bindings

Just would like to know if anyone has any thoughts on this application. Just ran into it while doing some reading on some other things.

And I have admiration for sophisticated graphics
https://tomoyo.osdn.jp/about.html.en

But they are only actually talking about pretty old systems like Linux 2.4 kernel.

So any information or opinions would be appreciated.

Got a couple changelog messages about openbox-menu that I don't comprehend.

Here is the stuff as I saved it - so the newest is at the top. These are the only OB ones I have. Been collecting the things for 2 years now.
openbox (3.6.1-6) unstable; urgency=medium

The oldest one, from Aug, seems pretty straight forward but I have always used openbox-menu so I ignored it.

The new one I have not seen any results from because it came in a chroot environment run from testing and doing a Sid install. I didn't pop over there as it is on my internals and I try to stay off there except to log into one install and keep all up to date, and get out until I get at least one new drive. But I may have to go to my Sid install there instead of the testing one just to try and figure this out.

To put it simply;
What the hell are they talking about?

Any information will be greatly appreciated. That message simply baffles me.
"- After many bug reports configuration with openbox-menu has been replaced
by simple python script to generate dynamic menu."

All the words seem to be understandable but the entire sentence seems like gibberish.

Is it possible to put a password on an archive of any type that can be set to expire and have that expiration date hold up if you send it to someone else you may well be using some other OS?

This interests me because I could have use for such a thing if I wanted to send something to someone but didn't want them to simply pass the archive on to a bunch of other people without having to open it and then repack it.

Why would this come up? That is kind of still a question in my mind. Was a passing thought that I just can't seem to find information on that I really understand. So just call it curiosity. At least for now.

As my father would have said "what in tarnation is this for?"

What is the purpose of this in other words? I have been looking into it and can see how it is configured and so forth but really can't come up with any real use for it that seems to make sense.

Just a bee in my bonnet caused by reading this stuff;
https://fosspost.org/analytics/privacy-security-concern-regarding-gnome-software

Which seems to be people getting their knickers in a knot just so that they walk funny.

Was a bit taken aback by that stuff. Don't think "firmware" upgrades are generally all that important at that level. And I was able, with a bit of struggle to actually do a bios upgrade on the Dell without Win installed on it. My Asus MB uefi is capable of being upgraded running only in the uefi system and I assume, perhaps incorrectly, that this is a fairly common feature for efi/uefi systems.

But it did get me to realize that this file exists and I would really like to know what it actually is for.

A bit hard for me to describe the problem as I don't have a Google account and this is not happening on my old S3.

Is absolutely eating the battery, however, on my wife's phone which is much newer (not sure which it is but I think an S7) phone and she does have a google account.

She is of the opinion that this pain was foisted on her phone by Facebook but looks to me like it was done by our wonderful provider Verison.

Hoping someone here can give me some information on what looks to me to be nothing but malware. Need to do something about this as she really needs her phone to keep track of my Dreaded Mother in Law. Is not helpful when her phone is fully charged in the evening and then goes dead while she is at work the next day without even having to use the phone at all.

I think I have gotten a handle on how to disable the thing from;
https://fossbytes.com/peel-remote-use-remove-smart-remote/

But don't want to recommend this to her without some sort of better information on this thing. I have little use for remote control devices personally. I really don't watch TV unless someone else has it running and I am in the room and that is the only remotely controlled thing we own.

Her phone is not used as a remote by the way so it really isn't something she has any interest in either.

Real long drive to there from the Weed Dept shop. Started a bit late in my opinion but I wasn't the boss. Started at 6AM (really should have been 5AM) and we had to get to where we left off the day before. Wind was great (none). But we sprayed about a 1/2 mile and had to quit due to temp hitting 84 at about 7:20.

Went on to this area so that we could turn around. If you continue on the road and go around the curve to the left there is a turnout for another field (pasture) and a grain storage bin. I stopped and took these shots because the morning haziness hadn't completely burned off for some reason even in that heat. Made for interesting coloration of the area. 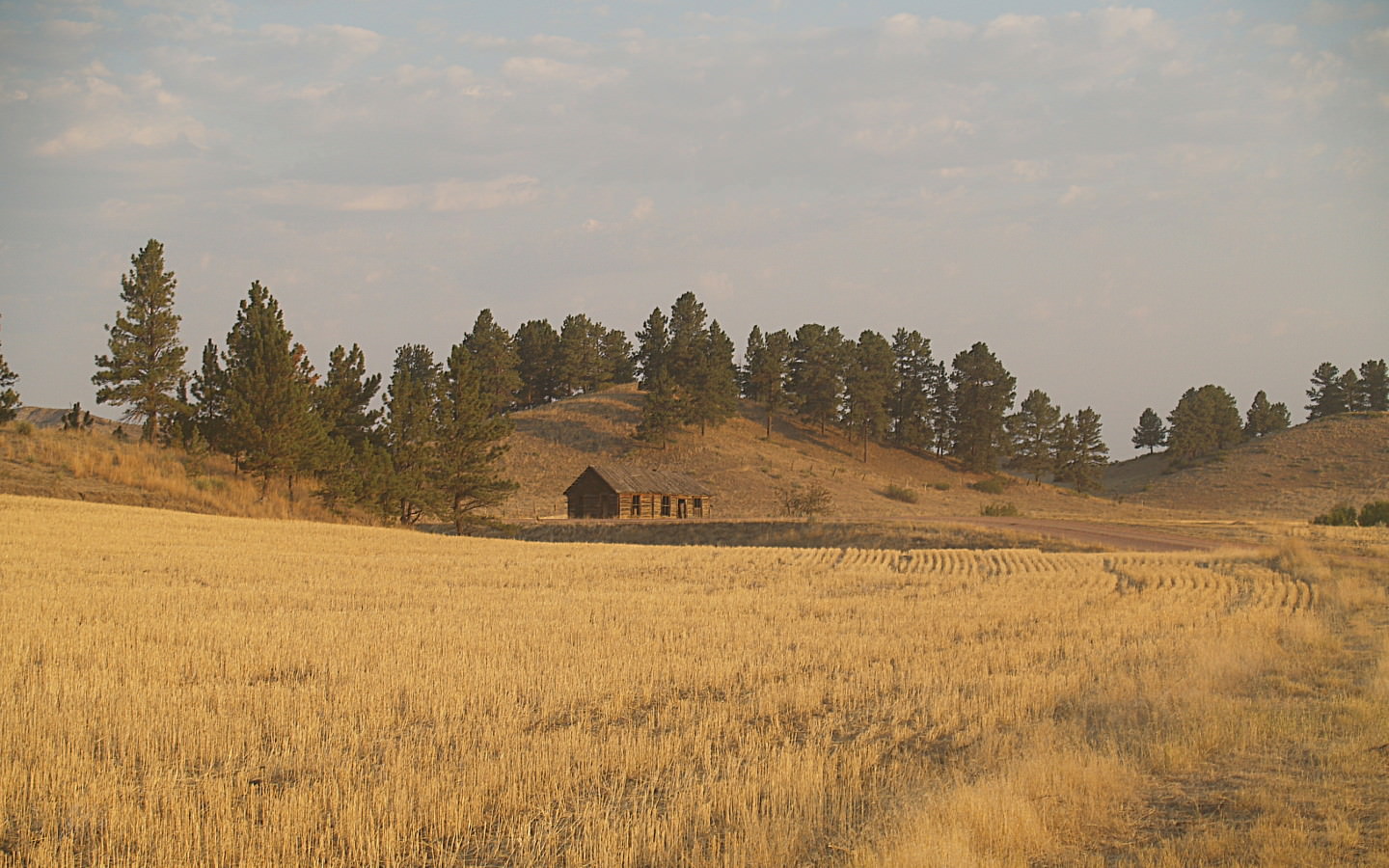 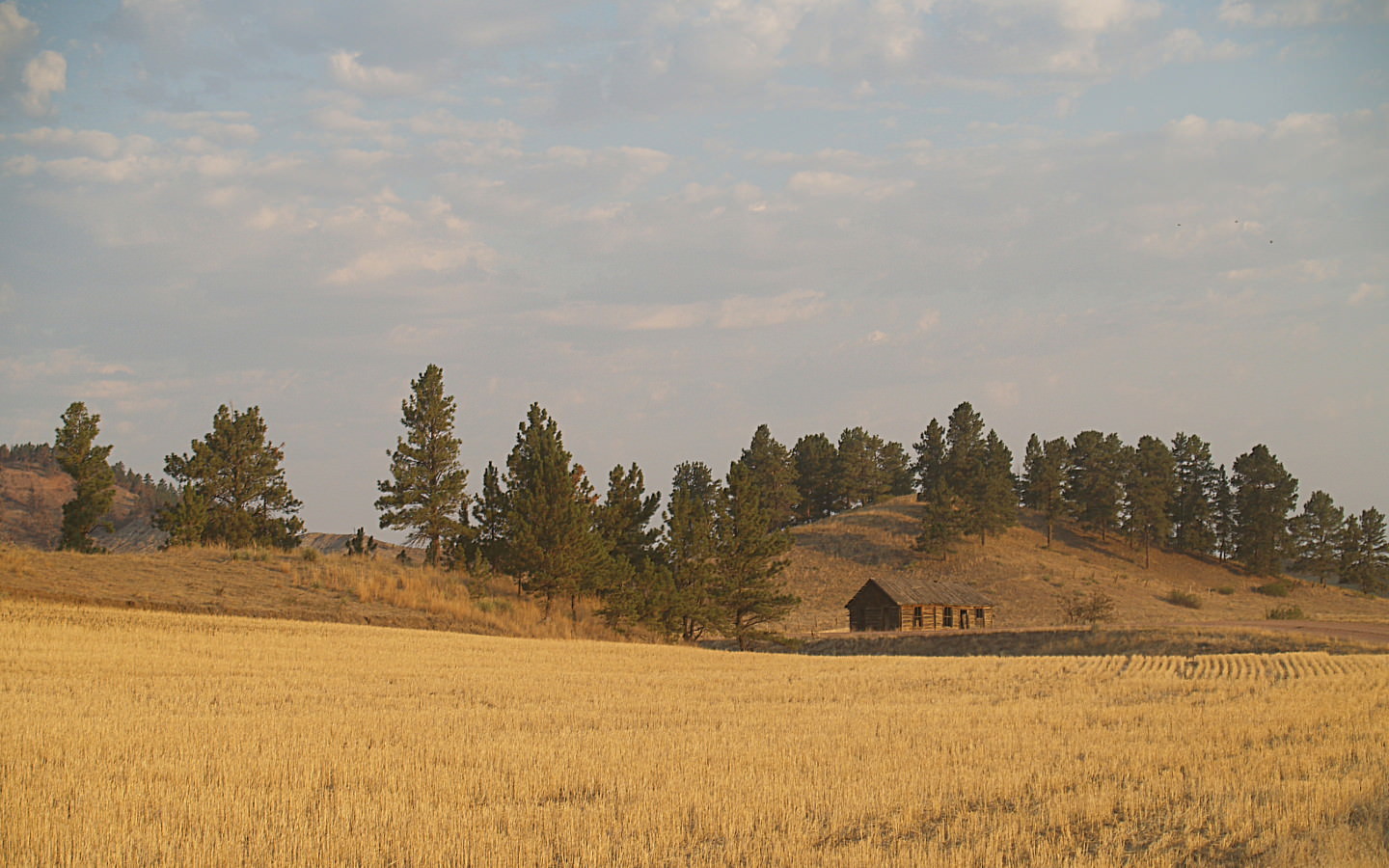 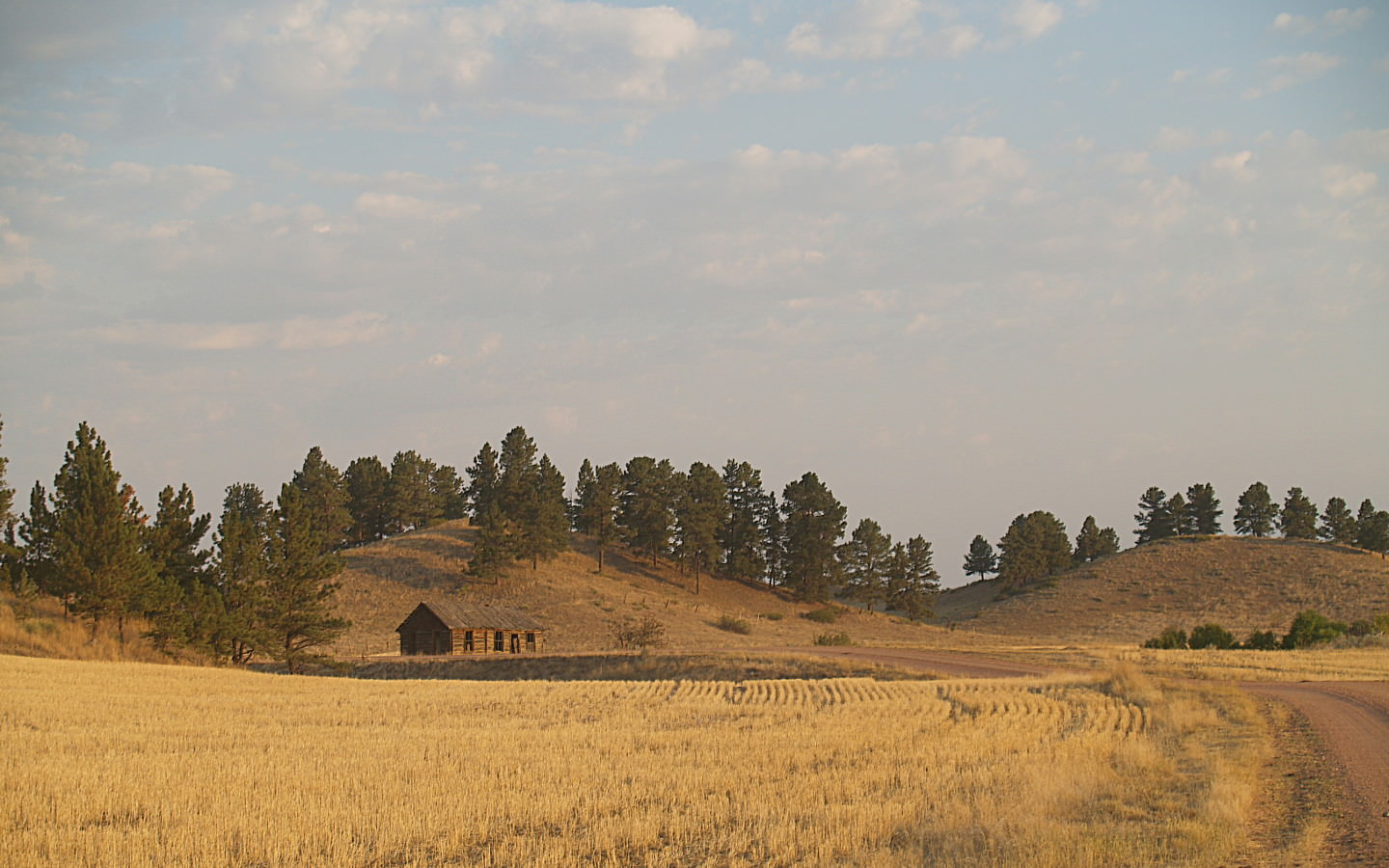 This may come as a shock to you but many members here live in the USA.

Politics here is done, now that we have perfected the system, by nothing but insults.

President Trump announced his candidacy immediately at becoming President so that was settled.

Now we have another.
https://www.thedailybeast.com/meet-the-porn-star-running-for-president-in-2020

If not familiar with MJ it is an old publication that is pretty much a lefty outfit. Mother Jones was a coal field Union activist long ago from whom they borrowed the name. May be has a "bias" but they don't try to hide it and they have won, almost yearly, some journalism award or other simply due to the fact they really cover things very well whether you agree with their analysis or not.

This is pretty much an opinion piece but I think they have it dead right.
http://www.motherjones.com/politics/2017/12/congress-tax-bill-citizens-united/#